“The world reveals itself in a lurking state; as a chill putting its knife to our throats, or as a sluggish torrent diverted by evil intentions.”
Kurt Hüpfner, 1998

Kurt Hüpfner has spent almost his entire life away from the art world and has created an impressive oeuvre consisting of over 2500 drawings, almost 200 sculptures, 120 paintings and numerous assemblages and collages. Despite, or perhaps precisely because, he worked in secret for so long, he developed an independent, powerful visual language. With this he reflects on the art historical and political developments of the 20th century.

Born in 1930, he grew up in Vienna during the Second World War. His youthful memories are shaped by bombing raids, air raid shelters and post-war chaos. These traumatic experiences flow into his entire work. From 1947 to 1950 he completed an apprenticeship as a commercial graphic designer at the Higher Graphic Teaching and Research Institute in Vienna. In 1961 he began to engage deeply with art, as well as an intensive practice of drawing - the result was primarily nature studies. During a visit to Paris, Hüpfner met the écriture automatique of the Surrealists, he started to experiment with automatic drawing - which is not planned, but rather arises without the control of consciousness. This medium accompanies the artist until today, many of the resulting drawings were later processed into sculptures or paintings.

In 1963 the artist created his first sculpture with Lady with a beautiful hairstyle, which is characterized by a radical reduction of physiological features to simple geometric forms. This reduction to the surface and form runs through the further work. Hüpfner says himself: "I'm only interested in the shape, then I pour in the content."

The themes that concern the artist range from history to religion and myth to the world of premonition. Tragic heroes from mythology and religion can often be found in his oeuvre. The concept of the omen plays a lasting role, in Hüpfner's understanding the feeling of the presence of "an invisible third party", he calls it the "numinous" - horrifying and fascinating at once. In doing so, he distances himself from the Christian faith and remains in a decidedly pessimistic mood: "Light figures, for me they don't exist. But I do believe in the darkness that is so threatening.” This is how the central work series Omen came about, which documents the numinous in the form of everyday encounters with people and things.

In his oeuvre, Kurt Hüpfner gives the viewer an insight into the events, religion and myths of our world. Each work of art bears its personal signature of contour, surface and form - it gives us an idea of how the artist perceives the world. 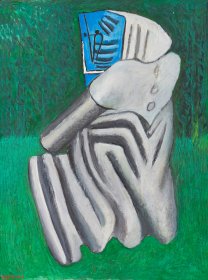 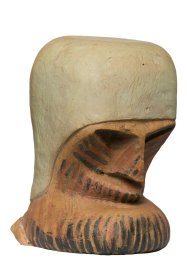 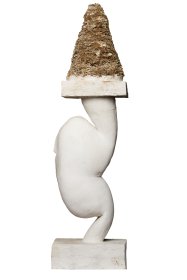 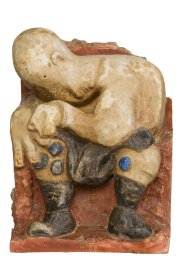 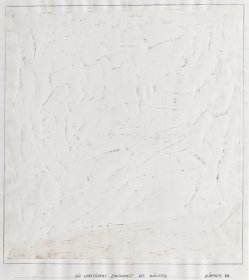 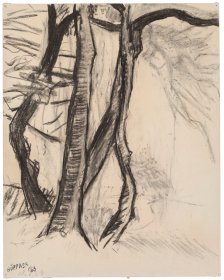 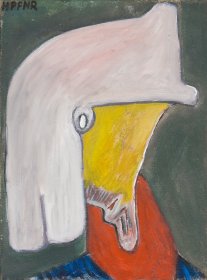 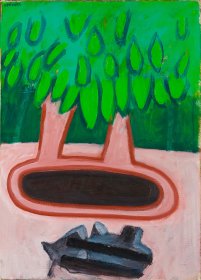 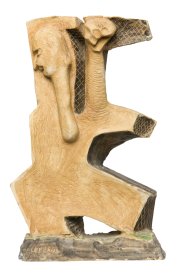 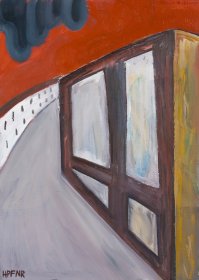 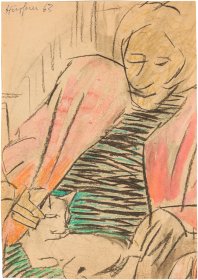 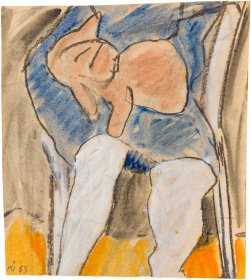