Resolution is the central concern in Baldinger's oeuvre, whether through square grids or blurring of the motif. It also returns to the fore in Baldinger's most recent works reworking Holbein's Pictures of Death.

To this day, art history does not have a clear definition of the motif of the dance of death, the first known representations go back to the 14th century. What unites them all is their message: "All people are equal in death."

1526 Hans Holbein the Younger created 41 woodcut designs on the theme of the Dance of Death, which were published in 1538 as a book by Hans Holbein. As an innovation compared to medieval dances of death, Holbein divided the dance-like procession of the dying into separate individual images in which the death meets individual representatives of the estates. Holbein's cycle begins with the creation, he progresses to the fall of man, the expulsion from paradise, comes to the fates of individual professional and social groups and finally ends with the Last Judgment. What is special about Holbein's Dance of Death is the enumeration of the individual fates according to status. The first person to die is the Pope and the end is the death of a child. The entire work is to be understood as a critique of morals and estates, for example death puts an end to the bribery of the emperor as the highest earthly judge or the worldly pursuit of goods by the cardinal. However, the central message here is that contrary to all the efforts of the living, in the end all status differences will be dissolved.

Holbein's original drafts are just about 5 cm tall, while the motifs in Baldinger's Danse Macabre are enlarged to a comparatively gigantic size and almost completely dissolved by being superimposed with a very coarse grid. In the series Baldinger tries to take away the horror of the inevitable by anticipating the process in the works. 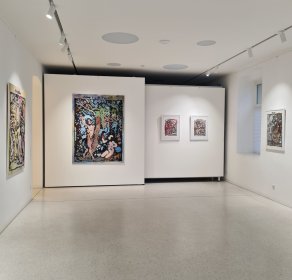 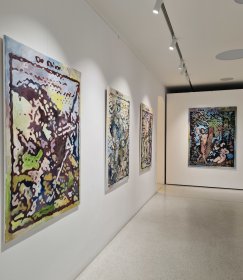 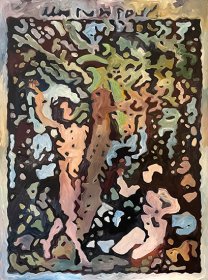 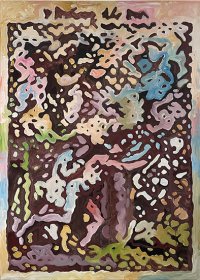 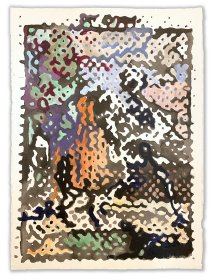 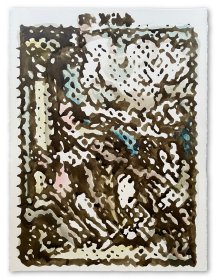 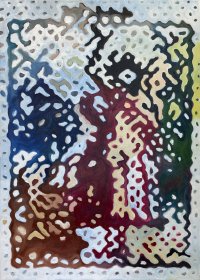 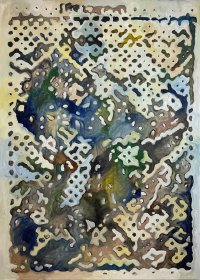 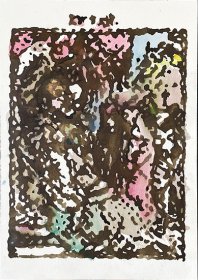 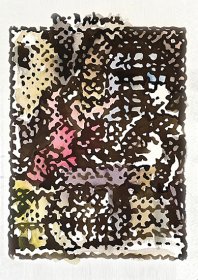